Uh...fuck that guy. Give Griffin his number.
Click to expand...

Hell, give Griffin his locker, parking space, Netflix password, and girlfriend too.

Stephen Jones said Wednesday afternoon that he felt as good about the Cowboys as he has at any point over the last five to 10 years.

But part of that response from the team’s executive vice president included the following comment: “If we see an opportunity to improve or add depth to this football team, we’ll certainly do it.”

Dallas did just that Wednesday night when it added veteran edge rusher Everson Griffen on a one-year, $6 million deal, according to the NFL Network.

The 32-year-old is a natural right defensive end, which fits perfectly with what the Cowboys needed: someone to line up on the opposite end of their top defender, DeMarcus Lawrence.

That was one of their weakest areas after they lost Robert Quinn to the Chicago Bears in free agency. Dallas added Aldon Smith and still have hopes of getting Randy Gregory reinstated from suspension, but neither played last season. Smith hasn’t played since 2015. The Cowboys only selected one edge rusher in the draft, using a late fifth-round pick on Bradlee Anae.

The addition of Griffen gives Dallas someone who could potentially get double-digit sacks while Smith, Tyrone Crawford, Dorance Armstrong and others compete to give the group excellent depth. Signing Griffen also seems to solidify that Dallas will stay in a 4-3 scheme. New head coach Mike McCarthy has said that was the plan, but there was talk of utilizing more 3-4 looks this season under new defensive coordinator Mike Nolan.

“It all starts with players,” Nolan said after being hired in January. “The things that excite me are the things we can potentially do down the road. Players will determine what we can do and what we can’t do, not the scheme. The scheme is what you have to utilize the players.”


This has been a unique offseason for the Cowboys in terms of adding established veterans to their defense. Along with Smith, they signed defensive tackles Gerald McCoy and Donatri Poe as well as safety Ha Ha Clinton-Dix in March.

Griffen and Jadeveon Clowney were the top two edge rushers remaining in free agency. Clowney’s asking price was believed to have been too rich for the Cowboys. Griffen’s deal is closer to the range Dallas paid Quinn last season (one year, $8 million).

It’s important to note that George Edwards, a new senior defensive assistant for the Cowboys, was Griffen’s defensive coordinator in Minnesota the last six years.

The Athletic reported in September about a surprise absence in Week 3 of 2018. Griffen voluntarily checked into a hospital over mental health concerns. He spent two months away from the team, missing Weeks 3-7. He returned last season to start 15 games.

“I’m just continuing to take the proper steps, sticking to my meetings, sticking to the people in my corner that have helped me along the way get to this point,” Griffen said last year. “I feel good each and every day I come here. Just win the day, win the moment.”

He said that what he learned most through the 2018 season is there’s nothing wrong with seeking help.

“It’s OK to get help, it’s OK to reach out to somebody and ask for help,” Griffen said. “Last year is over and done with. I’m not going to forget it. It taught me a valuable lesson that it’s OK to ask for help. I’m going to keep doing that until the wheels fall off.”

Griffen entered last season under contract with the Vikings through 2022. But he exercised a unique option in his deal to void the remaining three years in March so he could hit free agency. The one-year contract with Dallas allows him to potentially have a big year and receive a better deal next year in free agency.

Griffen was a fourth-round pick out of USC in 2010 and a college teammate of Pro Bowl left tackle Tyron Smith. The Cowboys will begin training camp practice on Friday, but Griffen won’t be able to join his new teammates until he passes COVID-19 protocols.
Last edited: Aug 13, 2020

I think the organization just deferred to Marinelli and had complete trust in him as far as the DL went. He was a really good DL coach, sure, but that doesn't mean he's really good at evaluating and making personnel decisions, which it seems they allowed him to dictate.

I definitely think Garrett played a role in that mindset since often times I think his focus was just on keeping his job and playing nice, and the fact that Jerry/Stephen trusted Marinelli was enough for him.

Exactly. There is no way I take Lawrence, Griffen or even Aldon Smith off the field so Clear Eye Dork can flop around out there.

Smith never was and never will be a legitimate, pure pass-rusher. He's a blitzer, not an edge rusher, and he should be used as such, which is sparingly. You wouldn't blitz a guy like Darius Leonard more than about 5-10 times a game, nor would you line him up as a DE and ask him to go beat an OT off the edge 1 on 1, and the same goes for Smith.

He shouldn't even really factor in to the equation as far as how many snaps guys like Lawrence, Griffen, Aldon Smith and so forth get in nickel/dime because Jaylon is not doing what they do.

Thankfully the moves the organization has made reflect that.

“It all starts with players,” Nolan said after being hired in January. “The things that excite me are the things we can potentially do down the road. Players will determine what we can do and what we can’t do, not the scheme. The scheme is what you have to utilize the players.”
Click to expand...

If he stays true to his word then it looks like they'll be staying with a 4-3 front.

Exactly. There is no way I take Lawrence, Griffen or even Aldon Smith off the field so Clear Eye Dork can flop around out there.
Click to expand...

These LBs should wreak havoc with this new DL, I am entertained.

I keep thinking he's the guy with one hand

bbgun said:
I keep thinking he's the guy with one hand
Click to expand...

Oh shit, for a second I was wondering how he could confuse him with Jason Pierre Paul.

boozeman said:
It is easy to blame Garrett but Marinelli had dirty hands in terms of the idiotic DL signings we had over the years.

There was a new slob practically every training camp.
Click to expand...

Undoubtedly, but the real problem was that Garrett didn't know any better either.

He knew nothing of defense and simply went along with whatever th defensive coaches told him to do.

A bigger issue was that Garrett had virtually no network of coaches whatsoever. That's how we ended up with guys like Monte Kiffin, and then Marinelli, and guys like Paul Alexander rather than Mike Solari.

Garrett didn't know anybody, and the few that he did know were either past their prime, or not very good in the first place.

He does have crazy eyes.

It's gonna be great to have a crazy eyed DE out there, seems like we haven't had one since Haley.

I'm good with a little crazy at DE during games. We need some energy on the Dline for once besides just Lawrence.

Guess I should have added "effective".

I submit Greg Hardy for consideration. 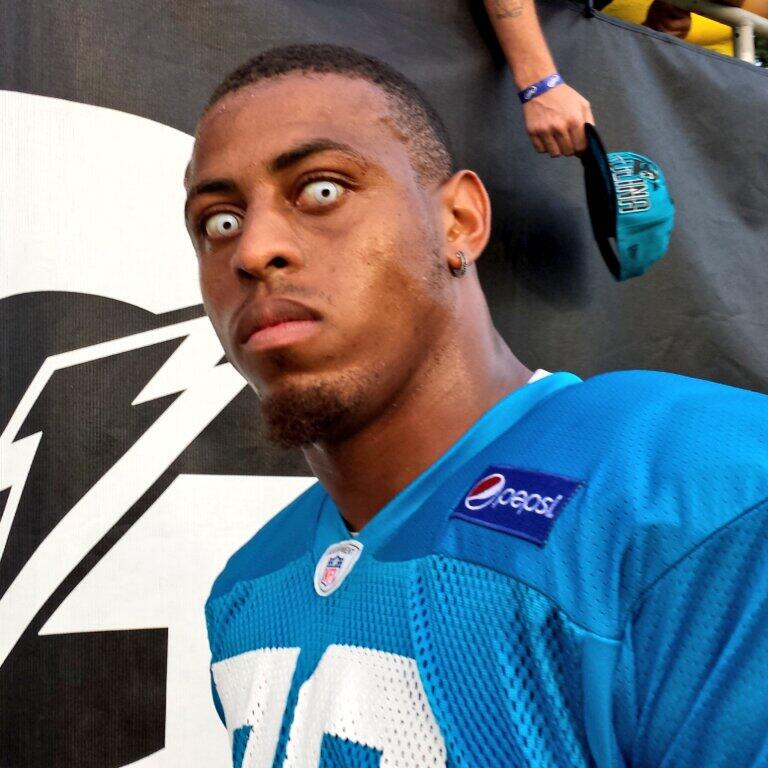